The Grjotagja cave is a hidden geothermal hot spring in the area of Lake Myvatn in North Iceland.
It used to be a cool hidden gems, but it became famous with Game of Thrones.
Below is my guide to plan your visit of Grjotagja Iceland with map, tips and photos. Why visit the Grjotagja cave in Iceland?

Grjótagjá, located near Lake Myvatn in North Iceland, is a small cave created by a fissure in the crust.
It is filled with geothermally heated water in a pool.
Its depth varies between few centimeters and few meters.

Its know history starts in the 18th century when the outlaw Jon Markusson lived there.
Then, it used to be a popular bathing place until the volcanic activity in Krafla over the period 1975-1984 which caused the temperature of the water to rise.
Now it is cooling down, but it is still between 40 and 50 degrees Celsius and it can fluctuate abruptly.
Bathing is forbidden.

The cave was discovered when part of the ceiling fell off. This is raw nature, so please be careful the roof is not stable.

This cave used to be a hidden gem, but it appeared in the popular Game of Thrones... and people rushed there...

Is the Grjotagja cave closed?

The cave is located on private land.
The land owner had decided to close the access for a while because the cave was quickly deteriorating due to high impact of tourists not respecting the site (leaving trashes, washing teeth or going to the toilet in the cave...).
It has re-opened, but it can be closed at any time. I cannot ensure it will be open.

Where is the Grjotagja Geothermal Spring located?

This location is included (with GPS coordinates, map of region and planning info) in both my travel guide eBook that helps you easily plan your Iceland road trip: How to get to Grjotagja

Need to rent a car in Iceland?
My tips:

I think Lake Myvatn is a fantastic area to stay for a few days.
The town of Reykjahlid would be a great option to visit the area. Choose one of the lake Myvatn accommodations

The Dimmuborgir Guesthouse is one of my favorite places to stay in Iceland (I booked myself and paid entirely for my stay).
Right next to the lake and with the Hverfjall crater in the background... perfect! See more photos and check availability Below are pictures of the right entrance. As you can see, there are big rocks that fell off, allowing us to admire the work of nature. Be careful as the roof is not stable.

At the bottom of both entrances, you can fit 3 people to admire and take pictures, so if a group arrives at the same time as you, you might have to wait a long time before getting inside.

As you can see below, you have to climb down into the cave:

Boulders down in the cave

Once inside you can admire the deep blue of the transparent water and enjoy the steam on your face.
While I was there, one girl decided to bathe (despite it being forbidden).
It was just slightly annoying for us at the other end trying to take pictures of the cave.

What is the temperature of the Grjortagja geothermal pool?

The temperature peaked in the 70s and early 80s because of the volcanic activity around Krafla. It reached over 60°C (140°F).
It dropped later in the 80s and is now back to a level that is bare-able.

However any seismic activity (even barely noticeable) can trigger a quick rise in the temperature and burn you.

Grjotagja cave and Game of Thrones

The cave of Grjotagja was also made famous by Game of Thrones, season 3, episode 4.
Jon Snow heads inside with Ygritte to consummate their relationship.
Just note that in the TV version of the cave, a waterfall has been added. There is no waterfall.
So it has been added to film enthusiasts' itinerary.

More than the cave itself what I preferred was walking above and seeing this huge crack. There are several paths to walk along it. I found it was very impressive. And it made me realize that being in the cave was maybe not the safest place around here… And I love how some plants just start growing along the wall of the fissure. Nature always recover!

Want to see more of the best Iceland has to offer?

Planning a trip to Iceland? 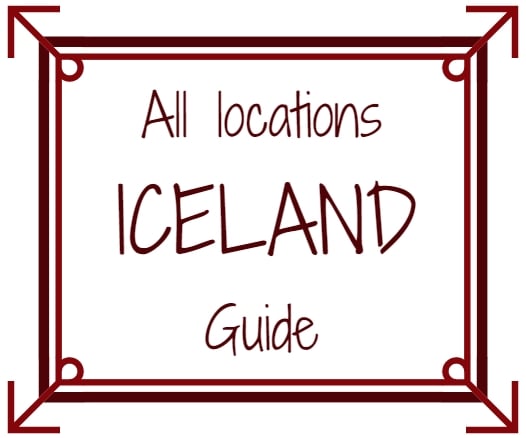